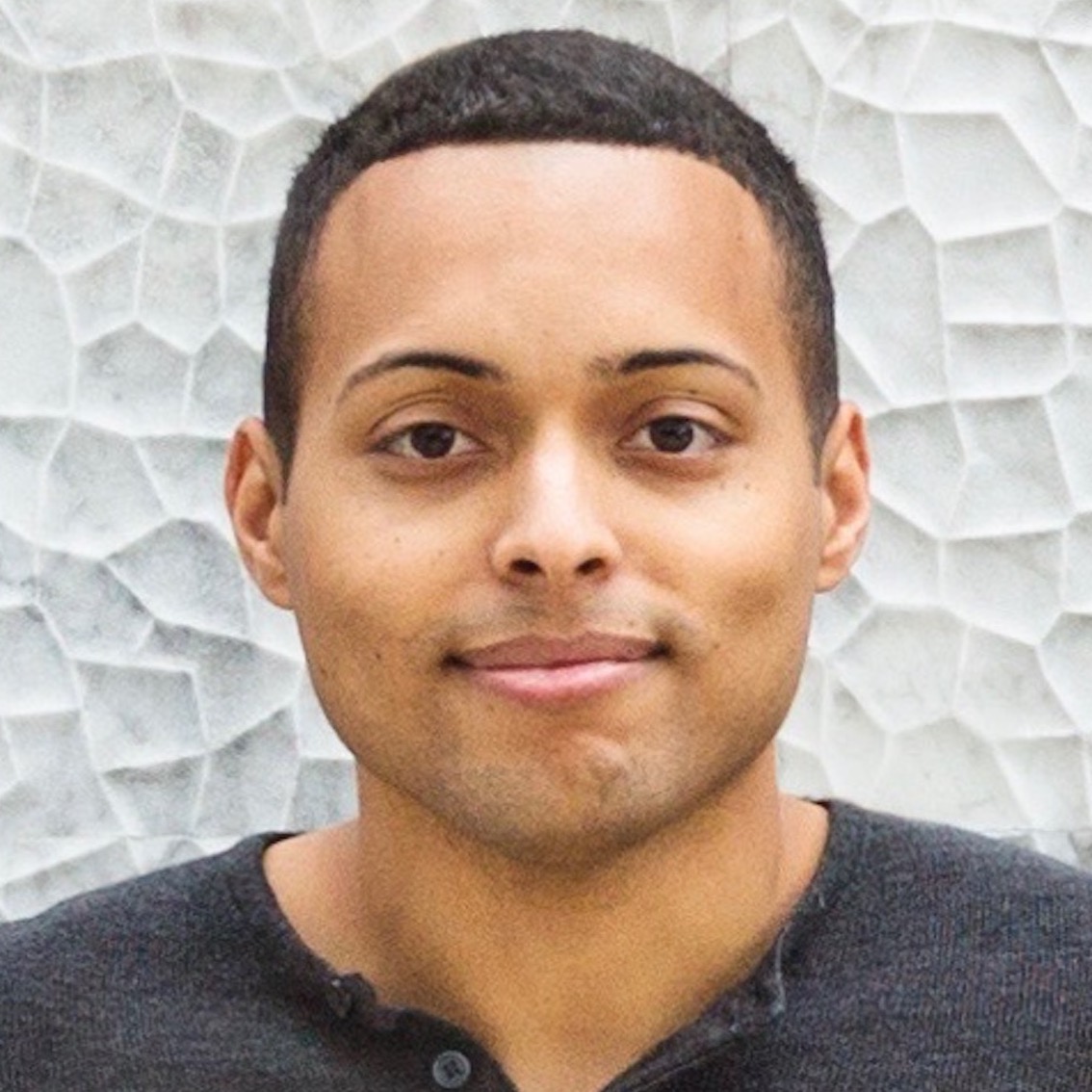 Early users may have noticed logging out a database entity, our primary datatype, resulted in output like this.

Not what you'd hope for when trying to inspect your data.

This is the result of bringing non-native lazy data structures to JSON.

With the release of homebase-react 0.5.4 we address this problem with custom chrome formatters. 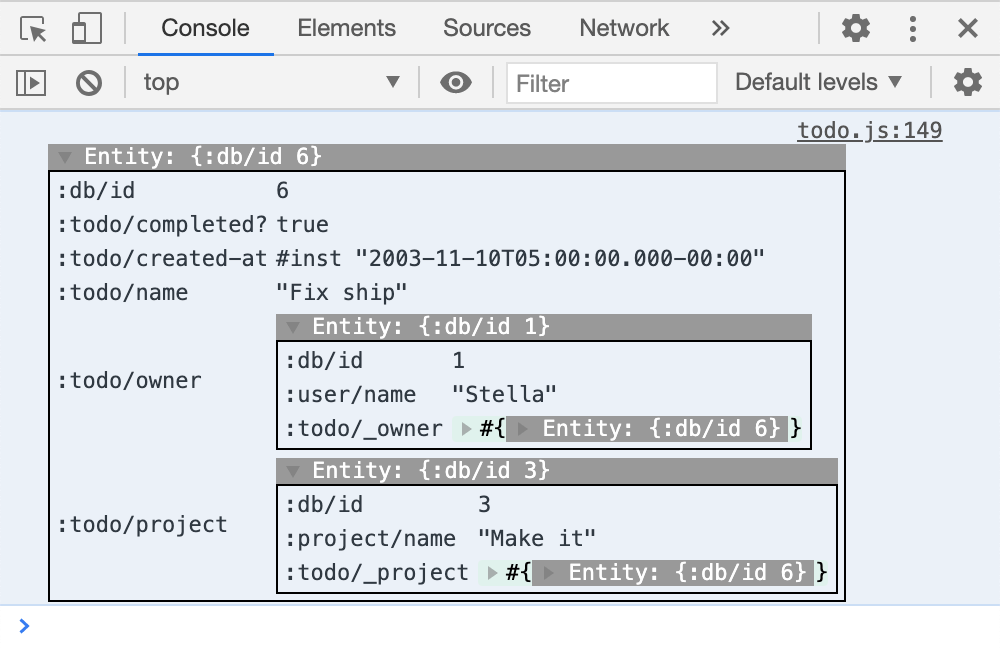 Custom formatters are an experimental feature of chrome that have not yet been reified into the core docs, instead living in this google doc. Despite their obscurity they are incredibly powerful and provide an interface to evaluate code when rendering and expanding logs.

To understand how homebase-react arrived at implementing custom formatters I need to explain a bit of our history.

If you're not interested in the backstory you can skip to enabling custom formatters so you can experience them yourself.

Homebase React uses ClojureScript and its corresponding data format EDN internally. We then compile all of that to Javascript using the Google Closure Compiler (closure not Clojure) to get as small a bundle as possible. Yes, it's not as small as other state managers, but it's also an entire RDF style Datalog graph database and we think that tradeoff is worth it, especially for write-heavy applications and applications working towards being local-first. Finally we provide APIs (react hooks) that accept JSON and do all the conversion to EDN and back again behind the scenes.

Our hope is to bring some of the benefits of these technologies to a wider audience, without everyone having to learn an entirely new paradigm or port a bunch of code.

In particular, EDN and Clojure provide far more safety and extensibility than JSON and Javascript; Clojure being immutable by default and EDN being extensible. This lets us build and support features that would be unwieldy in JSON and JS while still exposing most of the benefits with familiar JSON and JS idioms.

See Out of the Tar Pit for a more thorough justification of the benefit of immutability and functional purity in maintaining complex systems.

Should everyone give a functional immutable lisp a try once in their life? We think so, but we're also pragmatic. We realize that the barriers to entry are high and the benefits are often unclear if you haven't already experienced them. Giving more developers an experience of just a few of those benefits is a big reason why homebase-react exists.

However, there are clearly some tradeoffs.

So, how do you turn them on? It's not hard, but there are some gotchas to be aware of.

If you develop with Chrome or a Chromium browser like Brave or Edge you're in luck! You can enable custom formatters and you'll get significantly more meaningful logs for entities.

These custom formatters allow us to perform lazy database queries to fetch all of an entity's attributes, including references to other entities and all reverse references to the current entity. They let you access your entire data graph from the console, with any entity you log out as an entry point.

1. Open the preferences panel in chrome devtools by clicking the cog. 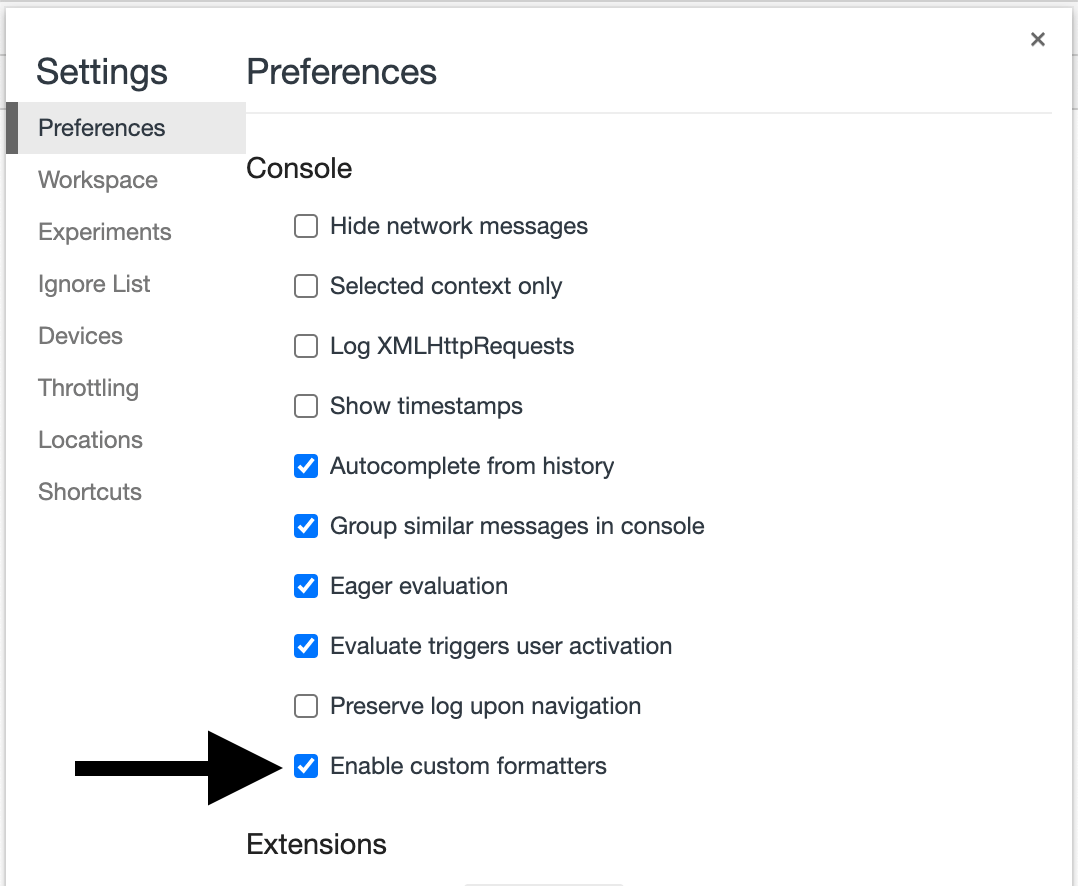 3. Keep the chrome console open and refresh the page. Any logged out entities should now have the custom formatting. 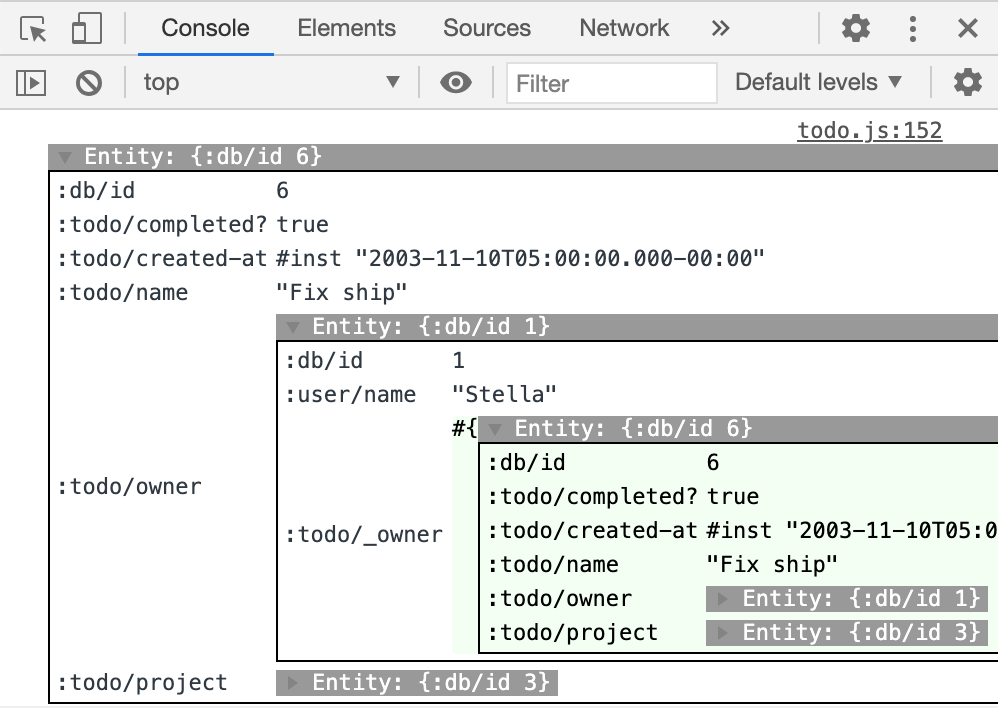 Live demo: open the console while on the todo example page.

Remember: for custom formatters to work console.log(anEntity) must be called after you open the chrome console. Anything logged out before you open the console will not have custom formatting applied because chrome processes those logs in the background.

Why do attribute names look different?

The chrome formatters log out the raw underlying EDN, not JSON. Maybe one day we'll add the option to have the output transformed into JSON before it's rendered, but we think reading EDN is pretty intuitive even if you don't know it and we wanted to get this feature out quickly.

It's also a good way to get more familiar with the underlying data structures so when you do want to write more sophisticated queries that are not supported by our simplified JSON API, you won't be scared off by all the colons or lack of commas.

So how do I read this data?

The only thing you really need to understand is keywords and how they map to JSON.

A keyword is a Clojure datatype primarily used for attribute names in key value style data structures. It has the format :some.arbitrary.namespace/some-name. So it starts with a : and then has an optional namespace/ and a name.

So doing this in homebase-react

The word item is not represented internally as the name of a table or even a key to a { id: 1, name: "Deep Thought", motto: "DON'T PANIC" } value. It's more flexible than that. It's basically RDF.

item is just the namespace prepended to each attribute other than :db/id. :db/id being a required attribute on all entities.

That's about it. You can now read EDN keywords and map them back to the JSON that created them.

What is a reverse reference?

All ref attributes in homebase-react are directed, but can be queried and traversed bi-directionally. This is denoted by the _ in attributes like :todo/_owner (see the screenshot above). This is a reverse ref; a set of all entities that have a :todo/owner ref to this "Stella" entity.

From the other side you can see that the "Fix Ship" entity does in fact have a :todo/owner ref pointing to "Stella".

Our first attempt to make entities less opaque took the form of entity._recentlyTouchedAttributes. An object containing all the the recently queried attributes of an entity that we'd tack onto entities when you set <HomebaseProvider config={{ debug: true }}>. It was far from what anyone wanted and is now deprecated with the introduction of custom formatters.

I also want to shoutout EDN. It's an incredible serialization format and the primary reason we're willing to jump through all these hoops and build any of this. I'm sure we'll write more about it in coming posts, but in the meantime, if you're intrigued, the spec is incredibly friendly and section 3.1.2 and 3.1.1 of A History of Clojure cover the rationale behind it.

Thanks for reading all the way here! I hope you enjoy these formatters and please keep letting us know where the sticking points are.